Skip to navigation
Choose an Experienced Attorney The Help You Need, When You Need It SCHEDULE A CONSULTATION 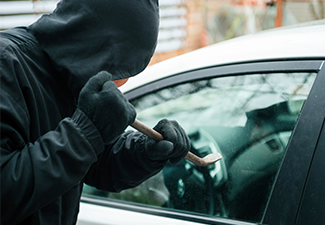 Theft crimes have consistently been found by the United States Immigration Courts to be serious crimes. Convictions for theft-related offenses in New Jersey are almost universally found to be Crimes Involving Moral Turpitude (CIMT). CIMT convictions cause immigrants to be deportable from the United States. A conviction for a CIMT can lead to removal proceedings being initiated by ICE and the Immigration Courts. If initiated, many times immigrants are held in detention until they resolve the immigration charges. Certain immigrants will be deported for a conviction like this.

Legal residents, student visa holders, and those with work visas need to understand the possible deportation consequences that they face if they are convicted of a theft crime. The work needs to be done before a plea is entered.

William Quirk has worked for years to help those charged with theft crimes avoid major consequences. He has consulted with hundreds of immigrants facing an uncertain future due to theft arrests, and has helped many of them avoid the horrors of the immigration court process by negotiating resolutions that satisfy the prosecution while protecting the defendant. If you have been arrested for a theft-related crime, you need someone like William on your side. His experience in dealing with these matters can help you navigate these difficult issues that arise when you are arrested.

Are There Alternatives to Going to Jail? Preparing for an Embassy Interview Can I Go to Jail for Shoplifting? Common DWI/DUI Myths and Misconceptions